The origins of the Ethiopian Air Force has been traced to (then Ras) Haile Selassie witnessing a show of the British Royal Air Force in November 1922, in Aden. Having never seen an airplane before, he was captivated by this demonstration of their power and abilities, and spontaneously asked if he could go up in one of the biplanes, proclaiming that it was “very fitting that he, as regent of Abyssinia should be the first Abyssinian to take flight in an aeroplane.” As a result of this experience, he afterwards advocated the development of the Imperial Ethiopian Air Force.[3] This small air arm began with the delivery of a Potez 25-A2 to the capital Addis Ababa on 18 August 1929. The Ethiopian Air Force was organized by Mishka Babitchef, the first Ethiopian pilot, who was of Russian descent. A Junkers W 33c followed on 5 September. 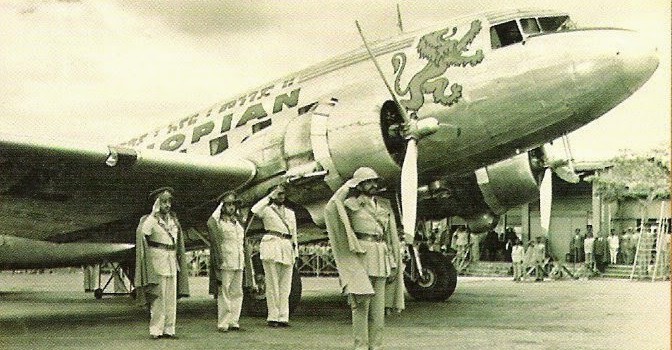