The emperor introduced a number of political reforms, including a new constitution, parliament, and investment in education. Haile Selassie also prioritised the building of a modern medical system for Ethiopia, primarily in hospital construction and personnel training. In his memoir, Haile Selassie noted that his father, as governor of Harar, “had a strong desire to see the people get accustomed to the work of civilisation which he had observed in Europe. It was for this reason that he established the first hospital in the city of Harar.” (My Life and Ethiopia’s Progress, 17)

For Haile Selassie, the construction of a Westernised medical system was seen as a symbol of Ethiopia’s advancement. Years of medical diplomacy followed, with the Russians, British, and Americans competing for influence in Ethiopia with gifts of hospitals, physicians, and training schools. There was consistent tension, however, between the intentions of Haile Selassie to build a physician training school and elite medical network, with foreign donors who preferred investment in lower-level training programs which focused on preventive, community health. 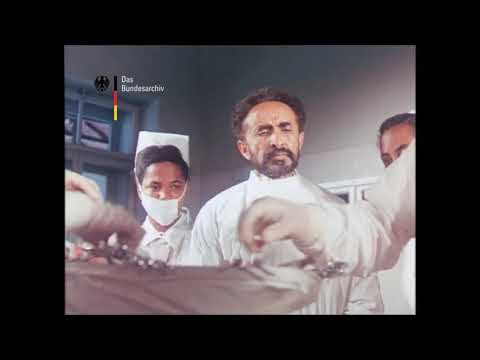 About this Course In an exchange between the Ethiopian emperor and Rockefeller Foundation, American officials […]