One of the Emperor’s fondest dreams came true on December 16, 1961, when he convoked the Haile Selassie First University in the presence of representatives from many world-renown Universities. It was an occasion of pardonable pride for he had sown the seed and nurtured the plant that on that day blossomed into full maturity. Prior to this event, to fill the gap hundreds of Ethiopians were sent to institutions of higher learning abroad, a project that began in the earliest years of his accession to the throne.

In the speeches that follow, His Majesty the Emperor deals with the many stages of this development and sets forth the hopes and aspirations of Higher Education in the country.

The University College of Addis Ababa (UCAA) was founded in 1950 under the auspices, and on the initiative, of the imperial government, and in collab- oration with, Canadian Jesuit educators who were entrusted with the respon- sibility of administering it for almost a decade. In 1962 it was renamed the Haile Sellassie I University (HSIU) and then, unofficially, the National University (NU) during the brief period of transition between the collapse of the imperial regime and the consolidation of the military junta (1974- 1975). Finally, it acquired its present designation, Addis Ababa University (AAU), in 1975-1976, twenty-five years after its establishment. 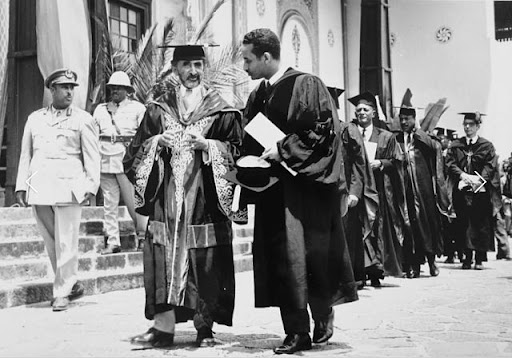 What you’ll learn UCAA’s first administrators were a Canadian Jesuit, Lucien Matte, and an American, […]